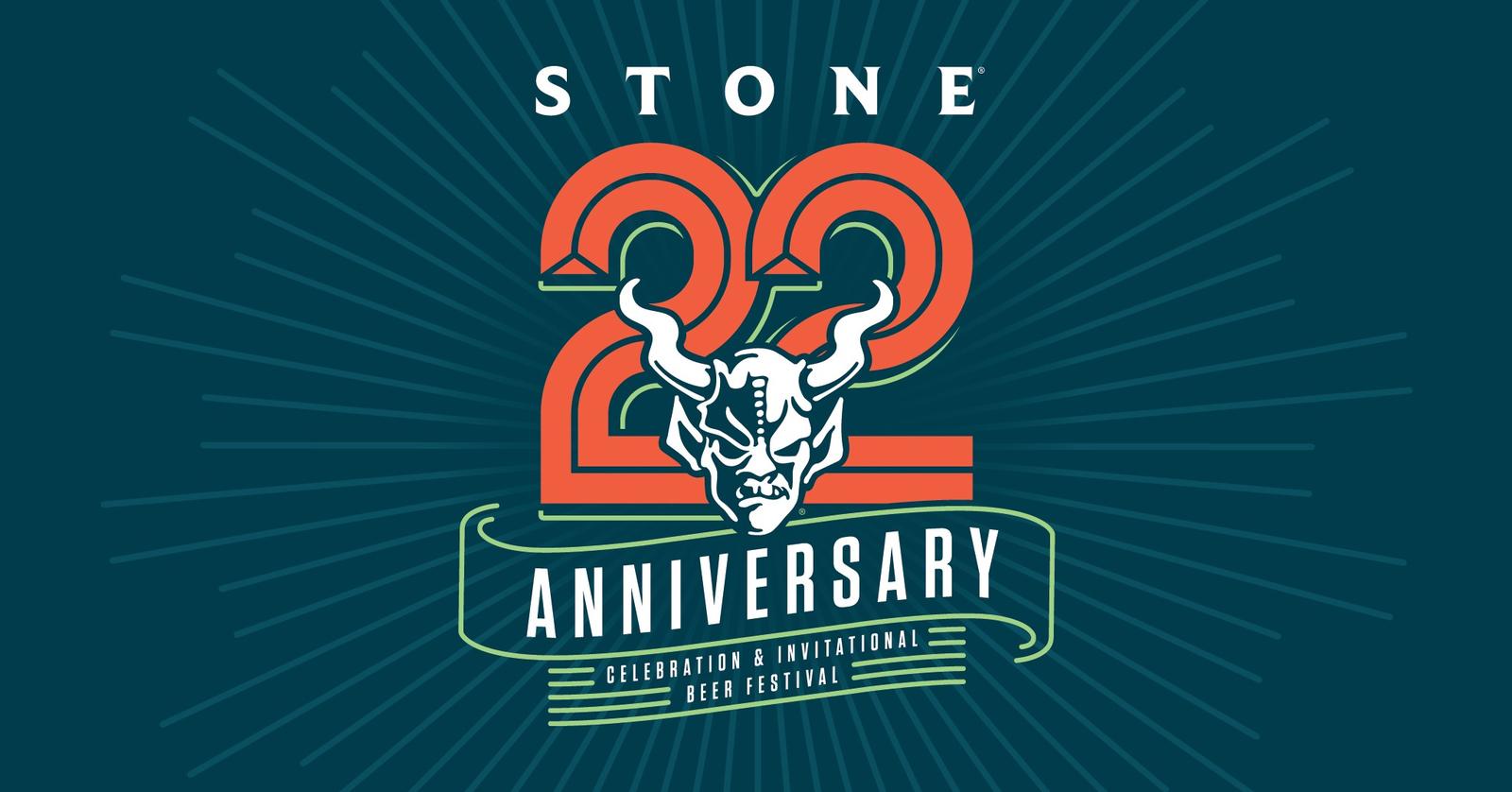 Be a part of Southern California’s largest beer festival, featuring beers from Stone Brewing and more than 55 of the best craft breweries in the world! We are commemorating 22 years of True Independent Craft by throwing an awesome celebration with all our fans!

Rare Beer All Access $99 ticket | 1PM – 8PM
This is the ticket for the ultimate beer nerd or Stone superfan. You’ll have access to everything at Session A and Session B, but in addition, you’ll also get twenty 2oz pours of some of the absolute best and rarest beers from Stone and our favorite breweries around the world. Rare Beer access means you’ll also get unlimited light bites from our Stone Brewing World Bistro & Gardens live food stations.

Saturday Session A | 1PM – 4PM – OR – Session B | 5PM – 8PM $65 ticket
Be a part of Southern California’s largest beer festival, featuring beers from Stone Brewing and more than 55 of the best craft breweries in the world. You’ll enjoy endless pours of amazing craft beer, tasty bites and samples of delicious food, a commemorative Stone 22nd Anniversary glass to take home, live music and a cigar lounge with cigars available for purchase. The best part? It’s all for charity! 100% of ticket proceeds are donated to community organizations.

Private Tastings: This is a special add-on and must be purchased in combination with a RARE BEER ALL-ACCESS or SESSION A or B ticket.
Join the members of the Stone Brewing Innovation Team for intimate 30 minutes Meet the Brewer Private Tastings. This $15 add-on to your day allows you to have awesome conversations with the brewers who make Stone great. Each brewer will hand select two additional beers for you to taste and discuss.

All Proceeds Go To Charity
The festival is the largest charity fundraiser we hold, with 100% of the ticket proceeds going to charity. Over the years, this festival has raised a total of over $2 million for charity. For all the charities involved, this event garners the largest single donation each receives year after year. That’s right—they count on your altruistic beer drinking, and every glass you raise this year will help make our community and the world at large a better place.

THIS EVENT IS 21 AND OVER ONLY, INCLUDING DESIGNATED DRIVERS. Please do not forget your valid photo ID. We cannot allow entry to the event without a valid ID. Sorry, no infants, children, or pets. Designated drivers do not get a commemorative glass and will not be served alcohol. Any designated driver found drinking beer will be asked to leave immediately and no refunds will be offered. We will have plenty of chilled water on hand, so bring your reusable water bottles to fill up and stay hydrated! Pace yourself. Your safety is in everybody’s best interest; as such California law prohibits us to serve any obviously intoxicated guests.